And so begins the story of two seemingly star-crossed lovers, Natasha Kingsley (Yara Shahidi) and Daniel Bae (Charles Melton) in the just-released trailer for The Sun is Also a Star. “Compared to the lifespan of the universe, our lives begin and end in a single day,” Natasha says in her opening voiceover. Flush with themes of immigration, fate, and love, this movie follows a day in the life of two POC teens who’ve just met by chance on the streets of NYC. He believes in love; she does not. “What if I told you I could get you to fall in love with me? Just give me a day,” Daniel says.

Based on Nicola Yoon’s novel of the same name, this film is set to hit theaters on May 17, and we can already tell this isn’t your typical rom-com — this film is bringing some serious sauce to the genre and we can’t wait ’til it drops! Watch the trailer below: 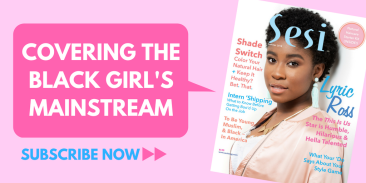