Welcome to the fifth edition of #MCM — comin’ atcha the first Monday of every month about your fave celeb crushes. Sometimes, it’ll be an extended look into our print issue’s Bae Watch and other times, it’ll be someone we haven’t featured yet. For October: Jadiel Dowlin.

Besides his role on the Nickelodeon show Star Falls, where he plays Phoenix Brooks, the son of a celebrity dad who moves his family to the small town of Star Falls to shoot a movie there, 18-year-old Jadiel Dowlin is also a scriptwriter and a full-time college student at Ryerson University in Toronto, Canada. That may seem like hella work to handle, but Jadiel has no doubts he can balance it all. That ambition and boss-move-makin’ attitude is exactly what makes him so #mcm-able.

“Education [is] a big part of my family and our goals and how I was raised. Aside from liking to study, what confirmed to me that I should stick with university was when I applied for the President’s Entrance Scholarship,” he says. “They give it out to 10 students who surpass the standards and help the community. Not in my wildest dreams did I ever think I would get it!” But he did get it and realized there was no way he could let that opportunity go.

He also saw his college years as the perfect chance to tap back into one of his other passions — law. “I went to a lot of public speaking competitions in elementary school, and I knew I wanted to do something in the legal field. Because of that, I did research in what undergraduate degrees would be best for that,” Jadiel says. “One of the ones that came up most often was philosophy, and I thought that would be one of the best things to study. Philosophy teaches you how to expand your mind, how to break down arguments and form arguments. When I get older, and I create my own movies and TV shows, I can take some philosophical ideas and embed that into whatever I’m creating.”

For now, though, Jadiel, is focused on his studies, his acting, and his writing.  He’s written three episodes for the children’s show Dino Dana, about a 10-year old paleontologist-in-training who embarks on a series of adventures with dinosaurs. He’s come a long way from his humble beginnings as an 11-year-old kid making short action films with his friends and uploading them on YouTube. Just last month, he began shooting a new animated TV show, in which he plays the lead role. He can’t say too much about the show yet, but it will run for 40 episodes and will continue filming until some time next year.

And while his success stays on the come up, Jadiel stays grounded. “It’s funny because a lot of people tell me that I’m famous. I don’t really feel it. With all the publicity, it looks like you’re famous, but people often forget you’re a normal person at the end of the day. It has its moments. Sometimes it’s nice to walk down the street, and a kid recognizes me; it’s touching,” he says. “It’s nice to hear in those moments when someone appreciates your work. It’s less about reveling in the fact that you’re famous. It’s about the impact you’ve had on people.”

*Read even more about Jadiel in the Bae Watch column of our winter issue when it comes out in December. 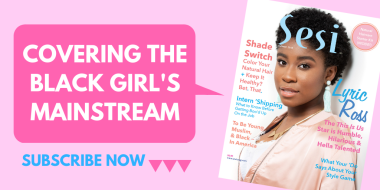